The innovator from Stuttgart presents a new 3D sound system

Reinventing Acoustics in the Car: With the “MFT active sound system”, the Silberform Group from Stuttgart is presenting at this year’s IAA a completely new concept for a three-dimensional sound experience in the car. The advantages are impressive: less weight, less space required, easier installation and above all the innovative 3D sound, a better sound compared to conventional loudspeaker systems. There are also modern security and entertainment features. This is made possible by the use of state-of-the-art technology developed by Silberform.

What is used is a so-called “Exciter”, a musical effect device that artificially generates a part of the sound signal and thus improves the perception. “With our MFT active sound system, we stimulate surfaces with sound waves and make all the materials that are used in a car resound,” says Jürgen Müller, CEO of the Silberform Group. “Acoustic spaces in the vehicle are completely redesigned. In addition to the better sound experience, more completely new applications are now possible, for example in the area of security and entertainment.”

For example, a haptic feedback of the sound system to the passenger is possible. This is done by means of vibrations at corresponding areas in the interior – such as a wake-up function at the front rear seats when approaching the destination. This feature is a forward-looking feature, especially for autonomously driving shared ride vehicles and the corresponding passengers. Even targeted announcements or music signals at certain points of the vehicle are possible.

In addition to its innovative functions, the “MFT active sound system” is particularly convincing in terms of development and production: it requires less space and is lighter than classic systems. Energy efficiency is very high – great performance with low power consumption. In addition, it eliminates the speaker grille. And finally, the installation requires no penetration of interior components such as the sky, door panels, cockpit or seats.

The Silberform Group with its subsidiaries sees itself as a design and development service provider operating discreetly in the background. Silberform develops and manufactures prototypes, showcars and special vehicles as well as innovative components for series production. Moreover, the company has achieved the highest safety certification of the auto industry, TISAX, as one of the first companies in the supply industry, making it the first address for secret projects. In addition to the development of software and convenient operating concepts at the interface between man and machine (HMI), electromobility and charging technology also play an important role. “Silberform combines traditional craftsmanship with state-of-the-art digital development and production methods,” says CEO Jürgen Müller.

Silberform was founded in 2010 as a public company and has since evolved into a specialized group of nine companies with various focal points. The group is located in Renningen. There, the work on complex projects takes place under one roof, on more than 10,000 square meters with workshops, design and presentation areas and with the strictest secrecy measures. In addition, Silberform has locations in Wolfsburg as well as in the Polish city of Cracow and in Cary (USA). In 2018, the company generated 22 million euros in sales. Around 200 people work for Silberform at the moment. 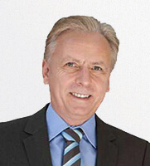